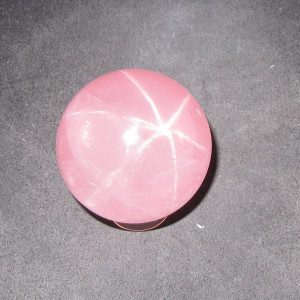 I have written a fairly comprehensive blog article on your regular variety of rose quartz that you can see by clicking here.  It’s a good place to start  to learn about the basic foundation of rose quartz’s meaning and healing properties.

And then there are the exotic varieties of rose quartz that are pretty dang potent and ah-mazing.  Va-va-voom.

I call them “exotic” rose quartz because it’s like taking the sweet goddess next door and blending her with something mysterious and beguiling, and perhaps a little less subtle.  One of the reasons I work for Enter the Earth is because I was floored by all the different exotic rose quartz they imported from Madagascar.  I mean.  Seriously.  Who knew that rose quartz had all this in her?

Star Rose Quartz: This rose quartz is a very “gemmy” or translucent  form that also has tiny little dumortierite fibers that create an asterism effect on the surface of the stone when a bright light is shining on it.  Three rays, or lines, of light will intersect at some place on the rock and create a 6-ray star.  Stars symbolize the heavens and so bring in a higher aspect of Divine Love to the mix. There is also the energy of being in “Divine Alignment”. Dumortierite is actually a blue mineral.  Blue quartz is basically quartz with a bunch of dumortierite in it.  Even though you cannot see it, it adds psychic expansion and sight to the mix as well. 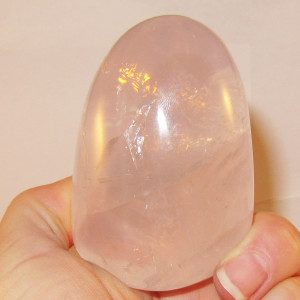 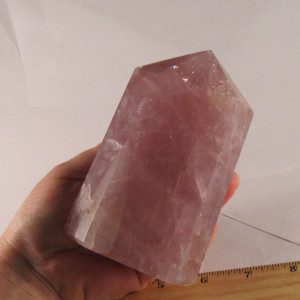 Lavender Rose Quartz:  Obviously, this kind of rose quartz is one that goes off into light or darker violet, purple, or lavender tones.  It’s like rose quartz and amethyst had a baby when this happens.  It’s quite beautiful and adds another layer of spiritual expansion, but it also seems to be a bit more “protective” than other forms of rose quartz.  I did a crystal whisper on a piece of lavender rose quartz years ago and a bunch of Amazon-like women warriors were associated with it.  “Warriors of the Heart” might be a good way to describe them. 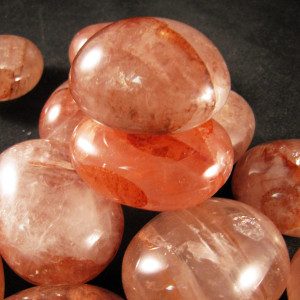 Hematoid Rose Quartz:  I didn’t even know this was a possible combination until this past year. Whew.  This is basically hematite included rose quartz. It’s rare and it’s awesome.  I did a separate reading it, which I call “Sacred Heart” Rose Quartz.  The easiest description I use to describe it is that Mother Mary and Kali had a baby.  It looks like there is blood within the rose quartz.  Yeah, not a very subtle version, but extremely useful when things are not going very well. 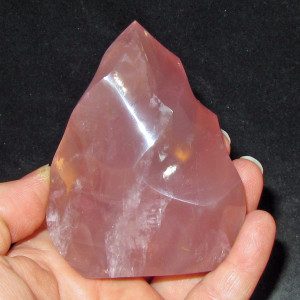 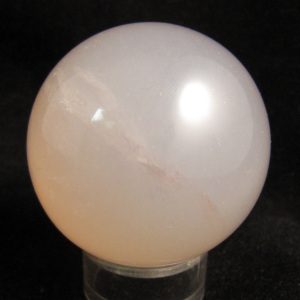 Blue Rose Quartz: I can’t believe I forgot this super rare form of rose quartz when I first wrote this article.  It really is so special.  Blue roses are a symbol in alchemy as something that is impossible because it doesn’t happen in nature.  It is also a religious symbol of Mother Mary.  Blue Rose Quartz is a type of in-between Girasol and Rose Quartz that does actually have a blue hue to it in some light, pink in others, and when you hold it up to the light, gives a golden glow.

Energetically it deals with the integration of the heart and mind and of the emotions and intellect. I actually see it as a type of “sacred union” stone because it is also very much like the joining of the Divine Masculine and the Divine Feminine.  It is one of the stones that I have in my pillow case that I make sure is in my energy field for extended times each day. Christopher and I have only ever found them in the batches of rose quartz from Madagascar and we gave it the name Blue Rose Quartz because of its amazing properties.

It would be especially useful to hang out with Blue Rose Quartz to crank up spiritual and intuitive abilities or to assist you to move into that internal sacred space though meditation where you are more deeply plugged into the spiritual level and the Divine.

Elestial Rose Quartz:  Super rare.  This is rose quartz that actually forms terminations, or points.  Usually, the points are teeny tiny, but boy are they buzzy.  If you can even find some, it’s a great resource to have.  Yeah, I don’t have a photo for that it’s so rare.